Trade secrets are a type of intellectual property that have inherent economic value because they are not generally known or readily ascertainable by others, and which the owner takes reasonable measures to keep secret. In some jurisdictions, such secrets are referred to as confidential information.

A trade secret is information that

In contrast to registered intellectual property, trade secrets are, by definition, not disclosed to the world at large. Instead, owners of trade secrets seek to protect trade secret information from competitors by instituting special procedures for handling it, as well as technological and legal security measures.[8] Legal protections include non-disclosure agreements (NDAs), and work-for-hire and non-compete clauses. In other words, in exchange for an opportunity to be employed by the holder of secrets, an employee may sign agreements to not reveal their prospective employer's proprietary information, to surrender or assign to their employer ownership rights to intellectual work and work-products produced during the course (or as a condition) of employment, and to not work for a competitor for a given period of time (sometimes within a given geographic region). Violation of the agreement generally carries the possibility of heavy financial penalties which operate as a disincentive to reveal trade secrets.

Keep only those who need to know privy to your trade secrets.

As a company can protect its confidential information through NDA, work-for-hire, and non-compete contracts with its stakeholders (within the constraints of employment law, including only restraint that is reasonable in geographic- and time-scope), these protective contractual measures effectively create a perpetual monopoly on secret information that does not expire as would a patent or copyright.

The lack of formal protection associated with registered intellectual property rights, however, means that a third party not bound by a signed agreement is not prevented from independently duplicating and using the secret information once it is discovered, such as through reverse engineering. 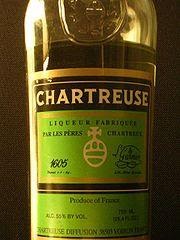 Green Chartreuse liqueur protected by confidential information of the ingredients

There Are Typically Three Essential Elements to A Trade Secret Claim:

What Are Some Examples of Trade Secrets?

Some common examples of trade secrets are: